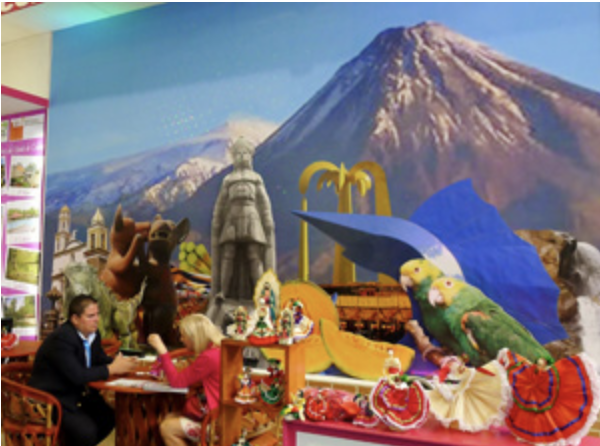 New strategies aimed at boosting travel to Mexico, major new tourism attractions and progress being made on new highways and rail systems were among highlights of the country’s recent 38th annual Tianguis travel trade fair.

Recently held in the colonial city of Puebla southeast of Mexico City, the event was attended by some 7,000 delegates. Most were “suppliers” (representing Mexican resort areas, individual hotels, airlines and ground operators) who came to meet 673 “buyers” (mainly wholesalers or tour operators who put air and ground packages together for sale to the public through travel agencies) from Mexico, the U.S., Canada and 40 other countries. 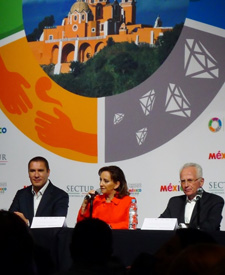 Puebla may be best known outside Mexico as the site of a battle in 1862 in which Mexican peasant brigades beat the pride of an invading French Army on its way from Veracruz to Mexico City. The battle was on the 5th of May – giving rise to today’s annual Cinco de Mayo celebrations.

State executives outlined plans to build a number of new train lines. One will be a high-speed system that will carry passengers on a 160-mile run from Mexico City north to Queretaro in less than two hours. Among top tourism attractions in the latter city is a historic district designated by UNESCO as a World Heritage Site (as is the downtown historic district in Puebla). 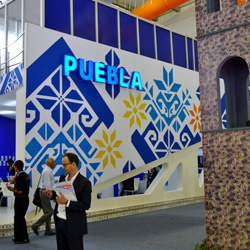 Another major high-speed rail system is planned to run across eastern Mexico’s Yucatan Peninsula from Merida to Cancun, stopping along the way at archaeological sites such as the famous Mayan ruins of Chichen Itza, and at colonial cities such as Izamal and Valladolid.

Among developments in western Mexico, a 130-mile highway set to debut this fall will run east from the beach resort at Mazatlan to the inland city of Durango, where it will link up to roads north to Texas and further east across Mexico. On the new highway, motorists will cross 110 bridges including a superbridge almost 1,200 feet high (about the height of two Eiffel towers). 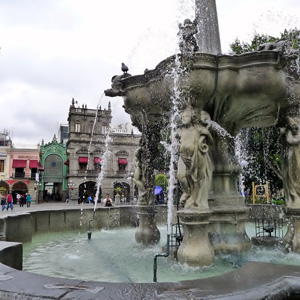 Frank Cordova, secretary of tourism for the state of Sinaloa, predicted that the new highway will spark a huge upswing in tourism to Mazatlan, and that the city will need to double its hotel capacity – from 10,000 rooms at present to 20,000 rooms – over the next five years.

Mazatlan Hotel Association executive Carlos Berdegue reported that cruise ships will again dock at the city later this year after having pulled out in the wake of a few criminal incidents. As a result of stepped up security programs, he said, “we’ve had no (visitor) incidents for two full years, and we’ll soon be welcoming back our cruise guests.” 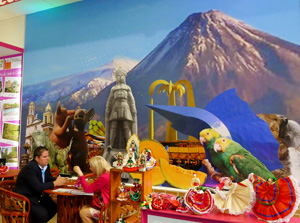 In other interviews, Palace Resorts’ Chief Operating Officer Sandor Winkler told a reporter for La Oferta that the upscale hotel chain is studying Mexican beach locations for new properties outside its current concentration of seven resorts along the Mexican Caribbean. Enhancing the Palace brand is its extension of all-inclusive hotel stays to “awe inclusive” – meaning that its all-inclusive price includes such amenities as free massages, premium liquors and even lobster dinners (which are typically not covered at standard all-inclusive resorts).

The Tianguis fair was held in Puerto Vallarta and the adjoining Riviera Nayarit in 2012 after a 36-year run in Acapulco. It will move to Cancun on the Mexican Caribbean in 2014, and to Acapulco again in 2015.