Puerto Vallarta: Look what they did to the Malecon 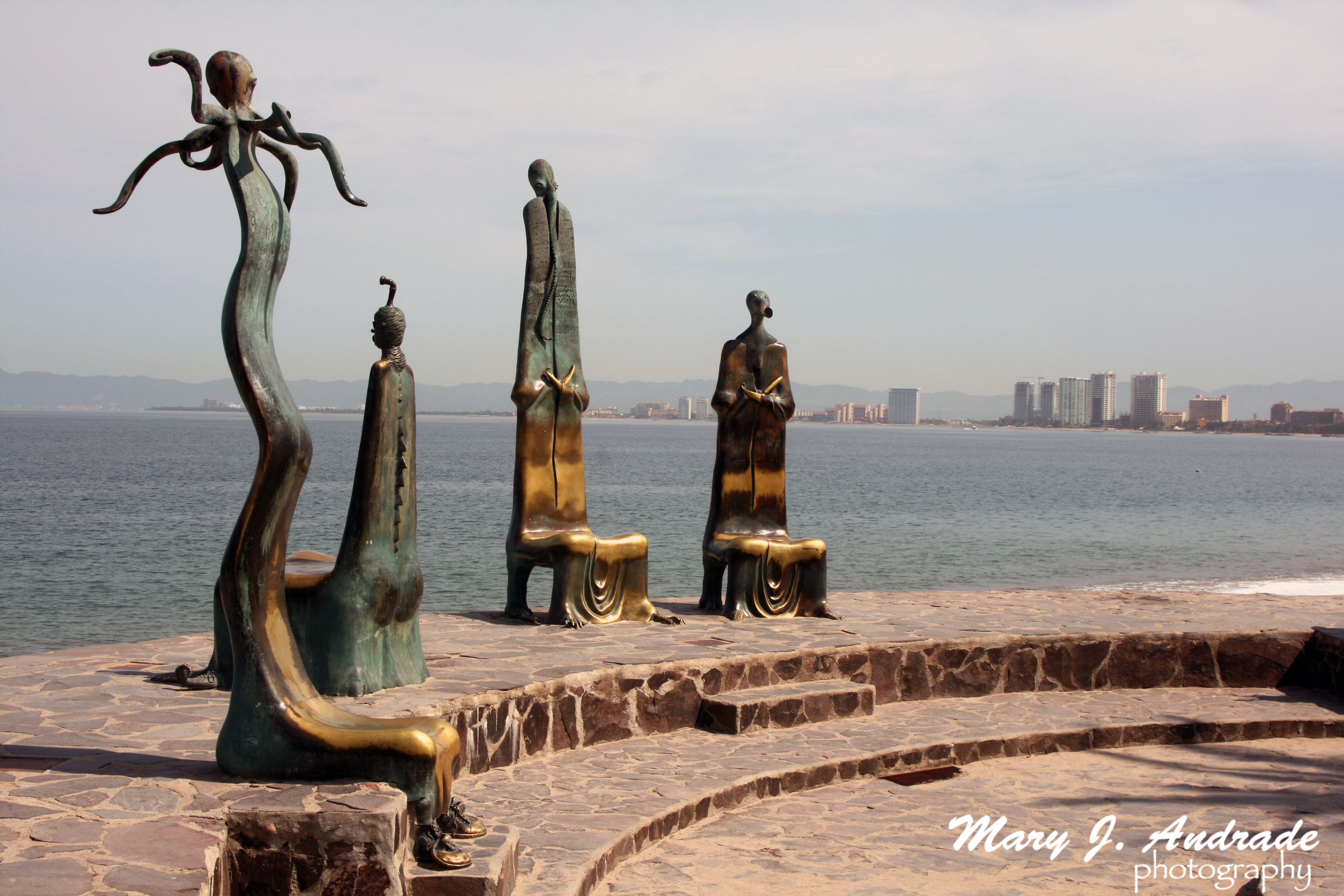 If you haven’t been to Puerto Vallarta for awhile, you’ve got a big surprise waiting for you the next time you hop off a plane there.

It’s on the “Malecon” – a mile-long walkway along the main beach of this booming resort on the Mexican Pacific. Perhaps the walkway was a bit, er, seedy the last time you saw it. At best, it may have been nothing to write home about (other than some cute Star Wars-ish “Wookiee” statues here and there).

Well, the Wookiees are still there. So are some other old-time artworks, like the quirky Alejandro Colunga high-backed chairs with sea critters sitting in them. Ditto for the towering Sergio Bustamante ladder.

But years of work and many pesos have revamped the Malecon into an eye-popping, 12-block-long art show peppered by all kinds of whimsical sculptures and paintings. In a word, it’s become nothing less than breathtaking.

As you stroll over the walkway’s intricately tiled pavement – itself a work of art – you’ll spot everything from giant seahorses and unicorns to a statue of dancing dolphins. Among must-see bronzes are “The Subtle Stone Eater,” “The Unicorn of Good Luck” and another Colunga masterpiece, “Rotunda of the Sea.” And don’t miss “The Fish Sellers’ Mosaic” by world-famous artist Manuel Lepe, a Puerto Vallarta homie until his death. 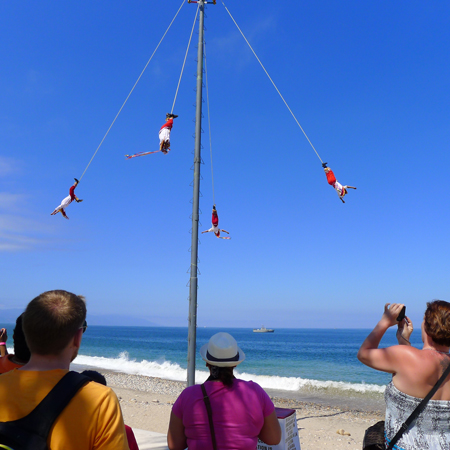 Look around and you’ll find a lot more to enjoy there. For instance, someone from Puerto Vallarta must have visited the iconic La Rambla lane in Barcelona, because it looks like half of the Rambla’s mimes, “human statues,” jugglers, one-minute portrait painters and other colorful characters are now sprinkled along the Malecon. And perhaps someone took a trip to northern Veracruz on the eastern side of Mexico and brought back some jaw-dropping “Papantla” flyers, famous for swinging around an 80-foot-high pole with their ankles tied to ropes hanging from the pole and flying in wider and wider circles.

All that is on the palm-lined beach side of the walkway. Lining the other side are wall-to-wall art galleries, souvenir shops, boutique jewelry and leather stores, restaurants, bars and discos. The buildings’ frontage area, widened during a seven-year upgrade to the Malecon, used to be packed with visitors. Today it’s nearly twice as wide – and it’s still packed. 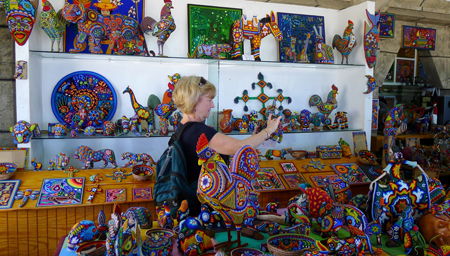 As you browse the shops, chances are a special kind of colorfully beaded artwork will catch your eye. Such treasures come from the local Huichol Indians, and you’ll find them on everything from blouses to expensive ceramics.

One particularly gorgeous piece – an eight-foot-long jaguar beaded in bright red, yellow, orange, deep blue and green – came with a price tag of $3,800. But that included three baby jaguars and an oversize coffin-like shipping box.

A writer almost bought it. Until he thought of what his wife might say when he hauled the jaguars into their living room back home.

Getting there: Several major airlines offer nonstop flights to Puerto Vallarta from U.S. gateways such as San Francisco, Los Angeles, Dallas/Ft. Worth, Denver, Houston and Phoenix among others.