The legend Of Mexico’s ‘City of the Angels” 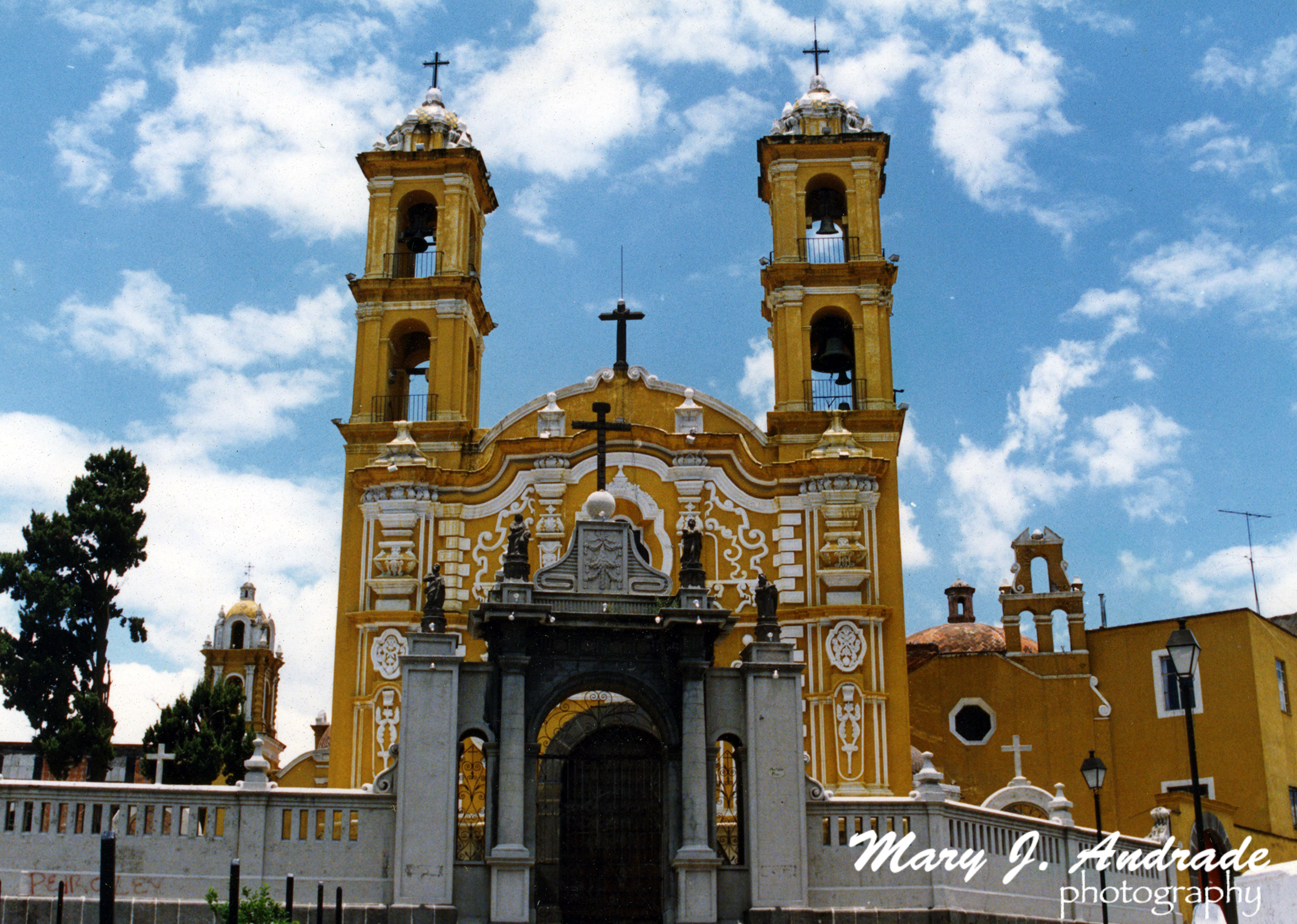 A long time ago, before the Spanish conquest, the lush uninhabited valley of Cuetlaxcoapan blossomed in the shadow of a volcano in what’s now southeast Mexico.

It was a gorgeous spot, full of woods and meadows and three rivers. One reason no one lived there is that armies of scary guys in war paint from neighboring Itzocan, Huejotzingo and Tlaxcala went there from time to time to chop away at each other with razor sharp obsidian-tipped clubs.

For the most part, these were “flower wars” in which the opposing armies weren’t mad at each other. The warriors didn’t fight for new lands or riches or even women to sell in the slave market. What they wanted was, prisoners to sacrifice to their gods. 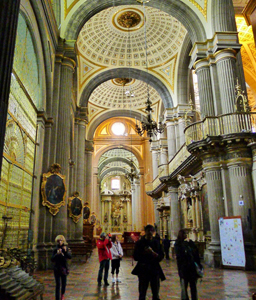 Fast-forward to 1531, a decade after the conquest, and the Dominican bishop of the local diocese wants to build a cathedral. In a dream, angels show him a great spot for it – in the valley of the flower wars – and he sets out to build his cathedral there (and while he’s at it, a whole new city).

Legend has it the angels not only brought holy inspiration to the project, but the latest surveying techniques as well. It’s said they used string lines to lay out a grid of streets accented by parks and fountains, all surrounding blocks where the cathedral would be built. But as things turned out, it took 44 years to wade through the red tape to get the green light to build the cathedral.

Actual construction took quite awhile, too. Finally, much of the cathedral’s interior was completed and its two 200-foot-high towers were ready to welcome the masses. One problem remained: how to get an 18,000-pound bell up to the top of one of the towers (the other was bell-less).

Sure enough, the angels showed up again and raised the bell. 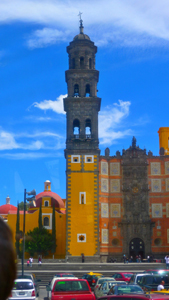 As a way of saying thanks to their cherubic helpers, the city was named Puebla de los Angeles (“City of the Angels”).

Fast forward again, this time to 1862, and an invading French army on its way from the eastern port of Veracruz to Mexico City halts just outside the angelic city, about 135 miles inland. It’s a glorious day, and the French dress up in their most colorful uniforms. Bugles blast out l’attaque – the signal to attack the twin forts guarding the city – and thousands of chasseurs, zouaves and other troops charge up the hill under guidons and pennants dancing at the end of their officers’ lances.

They end up getting clobbered by the greatly outnumbered rag-tag Mexican peasant brigades defending the city under the command of General Ignacio Zaragoza.

President Benito Juarez honored the victory by changing the name of the city to Puebla de Zaragoza. Years later the name was shortened to just Puebla (www.turismopuebla.gob.mx), but the city is still known among the 5 million people living there today by its original nickname, Angelopolis. 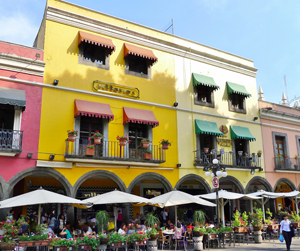 Outside Mexico, Puebla may be best known for the battle in 1862. It was on the 5th of May that year – giving rise to today’s annual Cinco de Mayo celebrations.

Staying there: Visitors to Puebla have a choice of dozens of tourist-class hotels ranging from internationally known properties such as the Marriott Real to boutique inns such as the upscale Casona de la China Poblana.

Getting there: Nonstop or connecting flights to Puebla’s international airport are scheduled from Houston, Dallas/Ft. Worth and other U.S. gateways.