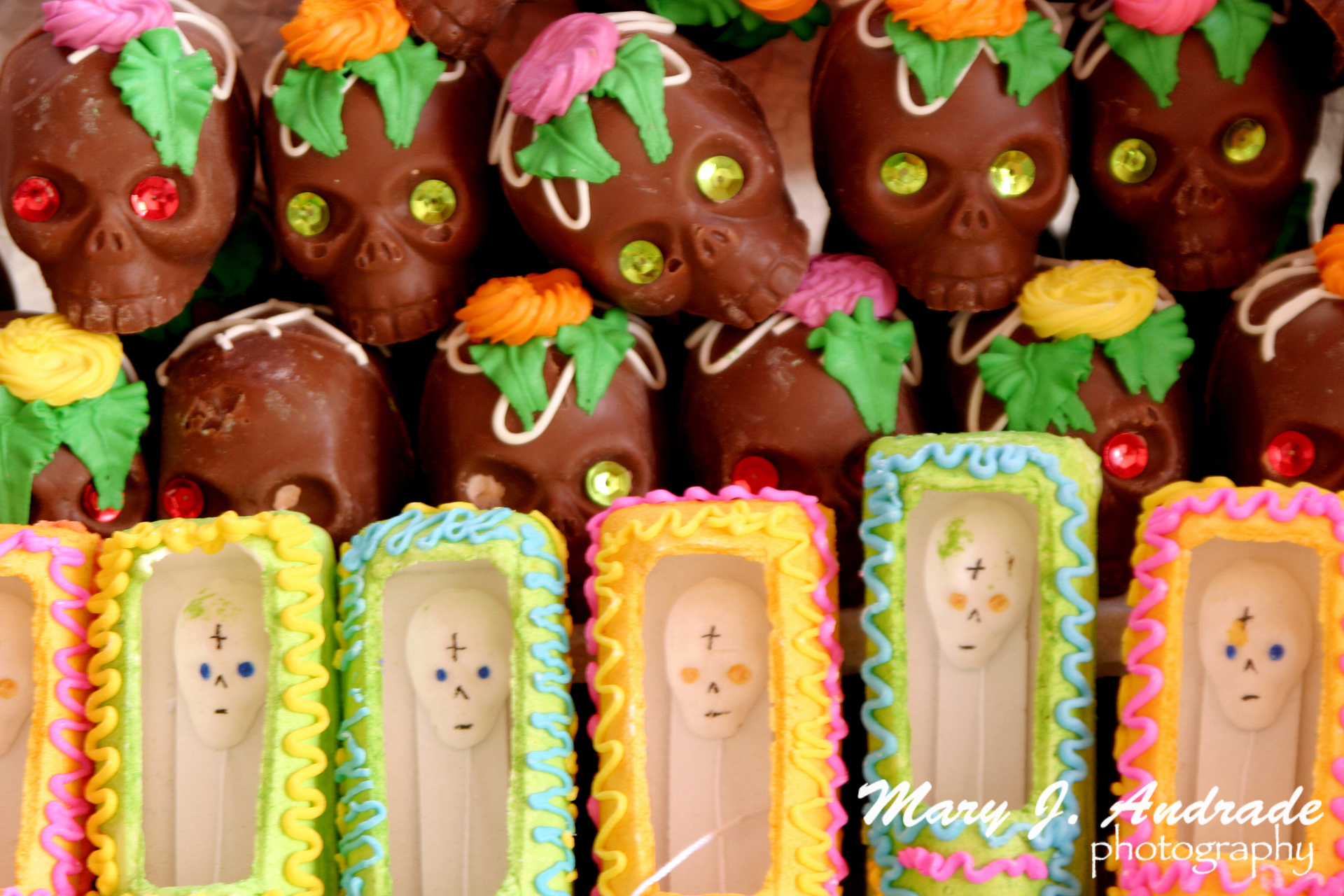 Candy, chocolate and Amaranth Skulls and the Symbolism in the celebration

The cult of the “skull” is almost universal; many cities around the world have preserved it due to the belief that in it the powers of the deceased can be found. In pre-Hispanic Mexico rituals were dedicated to them. The calaveras are equally alive through the celebration of the Day of the Dead.

These verses poke fun, in the form of an epitaph, at the defects of people who are presented as dead. This tradition that originated in colonial times has ties to certain religious expressions of the High European Middle Ages which can be seen in the Danza de la Muerte (Death’s Dance) and the indigenous pre-colonial beliefs that reflect death as an inseparable companion. One of the best known calaveras, is the one dedicated to an ex-dictator of Mexico, General Porfirio Diaz: “The English man is a skeleton so is the Italian and Maximilian; the Roman Pontiff, all cardinals kinga, dukes and councilmen and the Head of State in the grave are all the same: only a pile of skeletons.”

Children, carrying a pumpkin, sing their calaveras hoping to receive a token of gratitude from those that listen to them.In Xoxocotla, Morelos, I found a group of children who would not allow us to pass without first listening to them: “Death is hungry, is there a piece of bread somewhere around there? Don’t finish it all, leave some for me. Chili with egg, chili with bread, death wants to eat.”

The calaveras are also reflected in these festivities in the recordings of Jose Guadalupe Posada. Candy skulls come in different sizes. Sugar is dissolved in water until it becomes a thick syrup which is then poured into molds. Once the sugar hardens it is decorated with colored sugar and brightly colored paper cut-ups. Finally, a Christian name is placed on the forehead of the skull. In this manner one can buy a candy skull with the name of a friend or relative so that they can “eat their skull.”

Candy skulls and figurines made of sugar are also used in the altars, symbolizing the deceased who are being honored. In the new offering in Morelos, candy skulls specifically symbolize the head of the honoree, whose body is represented by the altar.

Amaranth skulls are also made this time, using walnuts for the eye sockets and peanuts or pumpkin-seeds for the teeth. Chocolate skulls are equally appetizing, easily seen in the marketplace among the sugar and amaranth skulls.